Dermatoglyphics is the study of ridged skin patterns (also known as dermatoglyphs) which can be found on fingers, palms, toes and soles. These patterns are formed from the external ectoderm and usually occur during the fetal development stage, 13 to 19 weeks after fertilization. Through research, geneticists have proven that Dermatoglyphs formations are controlled by chromosomes, and the patterns are influenced by polygenetic inheritance. These genes do not exhibit dominance, and they are very resistant to acquired changes from the environment. Using their morphologies, the patterns can be classified into two categories, namely “ridges” and “furrows”. During the seventh week of pregnancy, vertical thumb creases (thenar contours) begins to appear on the palm of the embryo. Two weeks later, remote and proximal horizontal creases (hypothenar contours) begin to form. 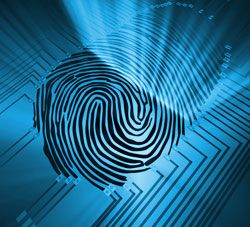 From the anatomical point of view, the human hands dominate all other organs in terms of relative importance. This is why the brain dedicates the majority of approximately two hundred million nerve endings to the hands. In other words, the hands are sources of physiological and psychological information waiting to be tapped, hence the increasing importance in the field of Dermatoglyphics.

There are no two identical fingerprints. One’s 10 fingers are not the same include dermatoglyphics style, strip height, density, quantity and location of the point is not the same as the trigeminal.

The raised pattern network of lifetime from birth to death will not change even if it is due to the regeneration of the labor dermatoglyphics style, quantity and profile shape which is determined the same later.

According to science statistics, immediate family members will be more or less the same between the striae. Normal human cells have 23 pairs of chromosomes. If the chromosomes of the tree or structure are changed, it will cause the corresponding striae mutation. Therefore, the striae have inherited the mutation.

When the fetus is in the mother’s womb, the life area of the fetus’ brain is developed. From 0-3 years old, the emotional area develops rapidly. Between 4-8 years old, the thought function/area is developed. Whereas, between 9-16 years old the mental/spiritual part gradually matures. Hence, after 17 years, “want” and “do not want” become the brain’s main model of operation.