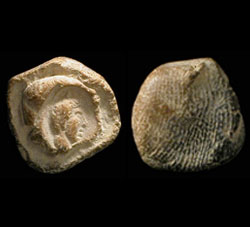 Dr.Bidloo published an anatomical atlas, AnatomiaHumaniCorporis, with illustrations showing the human figure both in living attitudes and as             dissected cadavers

Dr. Marcello Malphigi (1628-1694) noted in his treatise; ridges, spirals and loops in fingerprints

J.C.Mayer was the first to write out basic tenets of fingerprint analysis and theorized that fingerprints were unique

Joannes Evangelista Purkinji found that the patterns on one’s finger tips and the ridges and lines on one’s prints begin to form at around the thirteenth week in the womb.

Dr. Charles Bell (1774-1842) was one of the first physicians to combine the scientific study of neuro-anatomy with clinical practice. He published The Hand: Its Mechanism and Vital Endowments as Evincing Design.

Dr. Harold Cummins & Dr. Charles Midlo coined the term “Dermatoglyphics”. They showed that the hand contained significant Dermatoglyphics configurations that would assist the identification of mongolism in the new-born child.

Dr. Harold Cummins & Dr. Charles Midlo also researched the embryo-genesis of skin ridge patterns and established that the fingerprint patterns actually develop in the womb and are fully formed by the fourth foetal month.

Dr Julius Spier Psycho-Analytic Chirologist published “The Hands of Children” he made several significant discoveries especially in the area of psycho-sexual development and the diagnosis of imbalances and problems in this area from the patterns of the hands.

Dr.Walker used the dermal configurations in the diagnosis of mongolism

Sarah Holt, whose own work ‘The Genetics of Dermal Ridges’ published in 1968, summarizes her research in of dermatoglyphics patterns of both the fingers and the palm in various peoples, both normal and congenitally afflicted.

John J. Mulvihill, MD and David W. Smith, MD published The Genesis of Dermatoglyphics that provides the most up to date version of how fingerprints form.

Schaumann and Alter’s ‘Dermatoglyphics in Medical Disorders’ published.Significant investigations have also been carried out into the dermatoglyphics indicators of congenital heart disease, leukaemia, cancer, rubella embryopathy, Alzheimer’s disease, schizophrenia etc.Dermatoglyphics research being directed into genetic research and the diagnosis of chromosomal defects.

DrStowens, Chief of Pathology at St Luke’s hospital in New York, claims to be able to diagnose schizophrenia and leukaemia with up to a 90% accuracy. In Germany, Dr Alexander Rodewald reports he can pinpoint many congenital abnormalities with a 90% accuracy.

The company way2brain started the new era in the history of the dermatoglyphics, The first time in India Online DMI Test. A platform independent system with regional languages.